The persecution of Muslims is rooted in growing bigotry within Hindu society and its normalisation in politics, judiciary and police. | Samar Halarnkar

It is now clear that if you are Muslim in Narendra Modi’s new India you can be arrested for selling shoes, taking part in a protest, talking to or walking with a Hindu girl, driving a cattle truck, cracking a joke – or not. If you are a Muslim in the wrong place at the wrong time, the Constitution means little and the law can be twisted in any manner to imprison you.

Criminality is irrelevant. It does even not matter that you may be a victim, not the perpetrator. Such is the ever-growing reality for Indian Muslims.

Consider Munawar Faruqui, the standup comic, now in jail 23 days without bail for no crime. His show in Indore, Madhya Pradesh, was disrupted by vigilantes from the Hindu Rakshan Sangathan (Hindu Protection Union), who claimed he was “going to” joke about Hindu gods. Instead of arresting the goons, the superintendent of police commended them for being “alert and vigilant” and arrested Faruqui instead.

Consider Nasir, the poor shoe vendor who was menaced by Bajrang Dal goons in the town of Gulaothi, Uttar Pradesh for selling shoes branded “Thakur”, the caste name of the chief minister and a word that affected their upper-caste Hindu sensibilities. They were not arrested of course, Nasir was. He was lucky to have been released after two days. The case against him for “promoting enmity” will proceed.

Consider the unfortunate Muslim teenager from Bijnor, also in Uttar Pradesh, who was beaten by a mob, then arrested for walking a friend, a Hindu, home. He’s been in jail for 42 days, with bail rejected three times – there is no basis for bail, the judge said – charged under Uttar Pradesh’s new law that uses the fig leaf of conversion to discourage interfaith marriage and criminalise such love.

A flailing state
Reams have been written about the slow disintegration of the rule of law in India during Modi’s tenure. To be sure, the hold of the law and governance in India has always been tenuous – Lant Pritchett, a Harvard professor, famously called India not a failed state but a flailing state – but there was an institutional and social consensus against its blatant disregard. 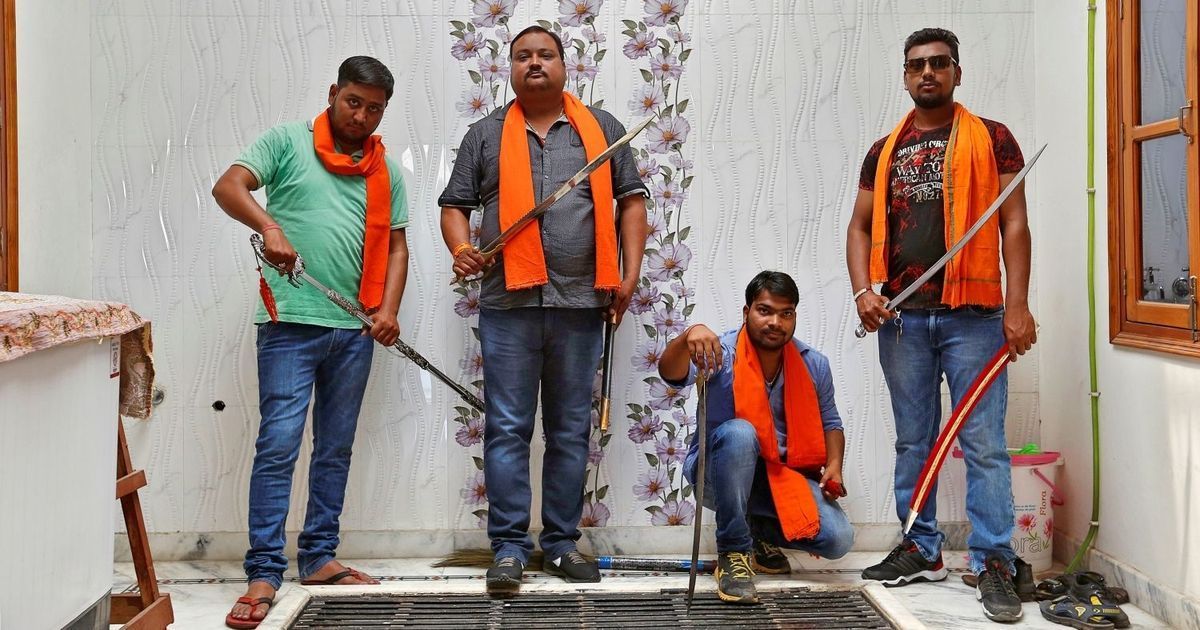 Today, that consensus is coming apart, as institutions actively participate in its dismantling. The disregard for the Constitution and the rule of law is so pernicious that anyone criticising Modi or his Bharatiya Janata Party is liable to be persecuted or punished.

Many use this general withering of the rule of law to explain the harassment of Muslims. This argument says that every dissenter is a target and that is true, of course. However, too few of us acknowledge that Muslims are singled out for persecution, even though it is glaringly obvious that they are.

The Hindutva ecosystem does not accept there is maltreatment of Muslims. Its responses are puerile, rooted as they are in insecurity, illogic, and hatred: What about the oppression of Hindus by the invaders; what about the treatment of Pandits in Kashmir; what about Charlie Hebdo; and, when all else fails, go to Pakistan.

But even liberal commentators who bring much-needed attention to the oppression of Indian Muslims attempt to draw a wholly false equivalence with Islamic intolerance, within or outside India, past or present, real or imagined. What does any of this have to do with the fates of the teenager with the Hindu friend, Nasir the shoe vendor or Faruqui the comic?

Any honest criticism of the victimization of Muslims in new India must address what Hindu society refuses to acknowledge: that it is being radicalised and is normalising such radicalisation to such an extent that it fails to recognise what is happening. Academics have a term for what Hindu India is undergoing: mass radicalisation.

This radicalisation of Hindu society is evident at two levels. First, in general conversation, among families and in private discourse. Second – and this reflects the official acceptability of Islamophobia – in the pronouncements of those who run India: politicians, police officers, judges and other administrators.

Normalisation of WhatsApp wisdom
Not everyone is radicalised. Indeed, I would argue a majority are not. Hindu society is complex, and while Modi has consolidated its many castes and divisions, it is by no means certain that this consolidation will hold. Currently, however, the actions of those who defend bigotry or rationalise Islamophobia are in ascendance and have a disproportionate effect on India’s public discourse.

The mass radicalisation of Hindu India explains Modi’s enduring popularity despite governance disasters, autocratic behaviour and record economic contraction. As long as Hindus are willing to believe that a golden era that reflects their glorious, ancient tradition is at hand, that redemption is at hand after centuries of oppression and that the pampered Muslim is being shown his place, Modi is likely to prevail. 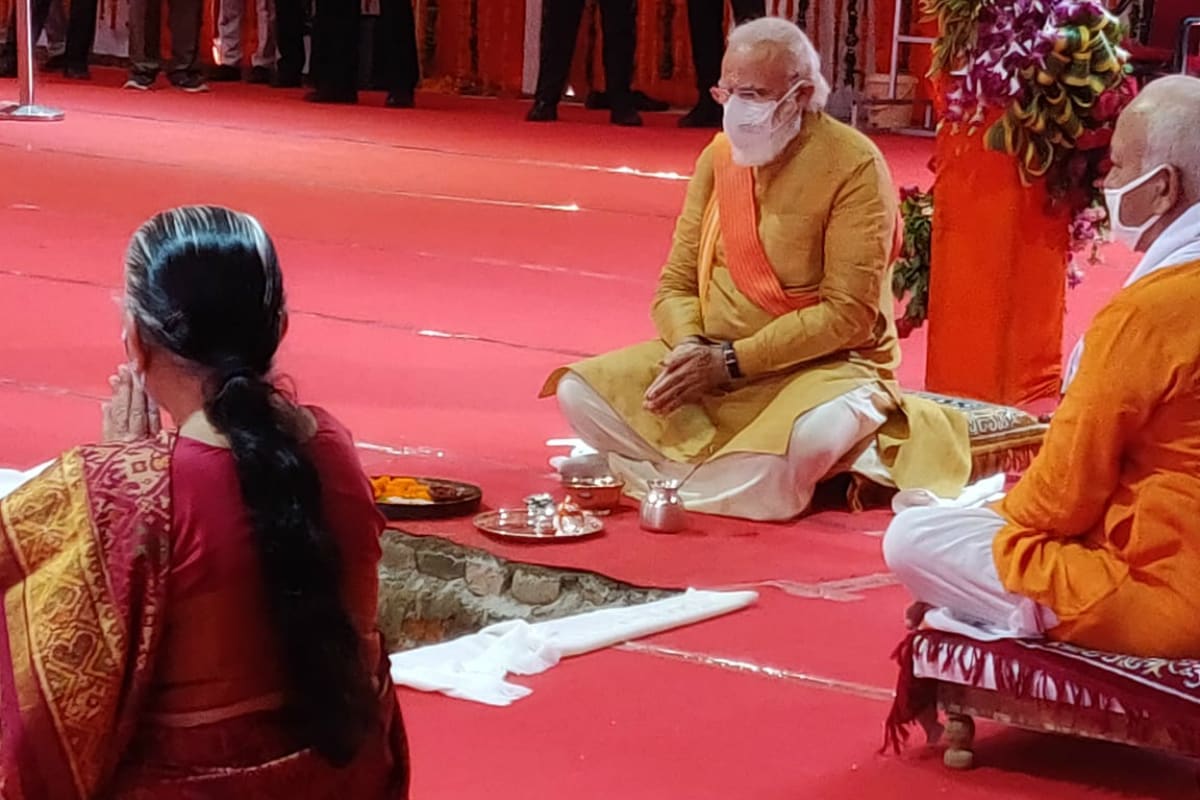 The normalisation of WhatsApp wisdom is now so deep-rooted that most of us find it fairly unexceptional that the President of India contributes Rs 5 lakh to building the Ram temple at Ayodhya, or that the government of Uttar Pradesh opens a bank account and urges its employees to make a “voluntary donation” to temple construction.

Radicalisation has progressed with the government, the judiciary, the mob and the media working in concert. It began on the fringes, a trickle of hate crimes – lynchings, beatings and murders – that became a flood, slowly slipping from headline to footnote, awakening the worst instincts of Hindus. Most perpetrators got away, and some were felicitated by BJP ministers, signifying normalisation with a wink and a smile.

The government spurred Islamophobic instincts further with changes in Muslim divorce law, criminalising Muslim men who abandon wives in a way that Hindus never will be. Many new laws and their interpretation – especially as they relate to love or food habits – are anchored in majoritarianism and allowed to stand by the courts or eagerly prosecuted by the police.

Today, Muslims in Uttarakhand, Uttar Pradesh and Madhya Pradesh can be legally arrested merely for falling in love with Hindus; other BJP-ruled states will follow suit. Cow-slaughter laws have been debated since Independence and introduced in many states over the decades, but they are being made more draconian than ever. These laws have insitutionalised the role of Hindu vigilantes in at least 10 states. In Karnataka, the latest to tighten its cow laws, anyone can be a vigilante: even a veterinary doctor can search a home or seize equipment or cattle merely on suspicion.

You are either naïve or complicit if you do not see that the slew of new laws is aimed mainly at cementing Hindu supremacy, restricting economic options for Muslims, or sending them a message that this will be their new normal. Criticism to such laws is mild, muted, or non-existent. The Opposition’s response to Hindu radicalisation is not to oppose but embrace it in the form of what is now called “soft” Hindutva.

Mass radicalisation is not a phenomenon unique to India, of course. It is the defining feature of the post-truth, tribalised and digitised new world, manifest in the way Donald Trump convinced 70 million Americans to vote for him – and urged some of those, including military and police officers, to storm their seat of government. But American institutions survived the radicalization of society and Trump is gone – for now. 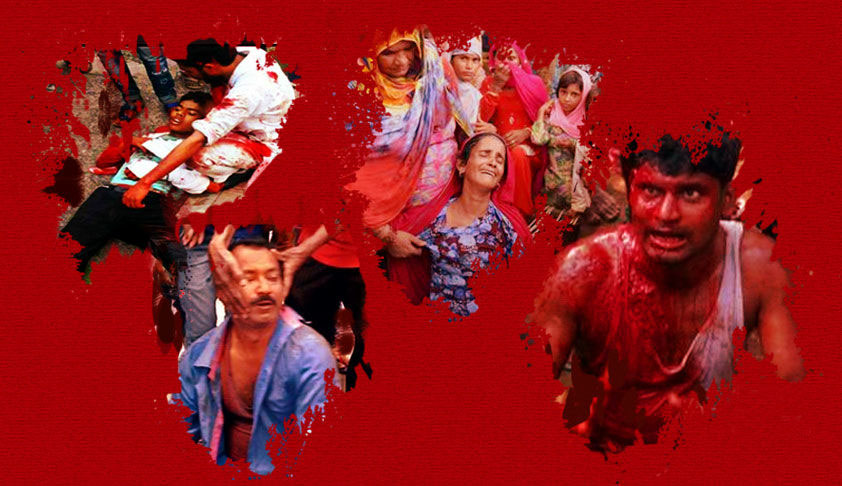 Deep in the veins
The difference with the US is that the radicalisation of the majority in India has seeped into the veins of its institutions. The administration, the judiciary, politicians, and the media echo what were once Hindu-vigilante slogans and concerns. As Hindu radicalisation progresses, and yesterday’s atrocity becomes today’s normal, Indian Muslims will find life more difficult than ever.

As I write this column, I am watching a video that is distressingly common in the new India, the emerging Hindu rashtra: a Hindu priest enveloped in saffron robes slaps, abuses and kicks a frail, young Muslim man walking with his friend, a young Hindu woman.

As the beating progresses, bystanders – seemingly kinder souls than those in similar videos where they participate enthusiastically in such violence – suggest that the priest stop the assault because the young man is a heart patient. The young man clutches his assailant’s feet and begs forgiveness. “M********, jai Shri Ram bol,” the priest screams. “Motherf******, say glory to Ram.”

This was originally published by scroll.in

National President of Welfare Party of India Dr SQR Ilyas strongly criticised the Modi government for introducing Bills that are detrimental and changing the nature of our country. He said the the Banking Regulation (Amendment) Bill passed in the Lok Sabha on Wednesday will infringe upon the rights of the…

Dr SQR Ilyas, National President of Welfare Party of India strongly condemned the Modi government for introducing the amendments in the RTI Act and said that it is a process to strengthen the totalitarian form of government and to discourage transparency and accountability in the government departments. Expressing concern, he…